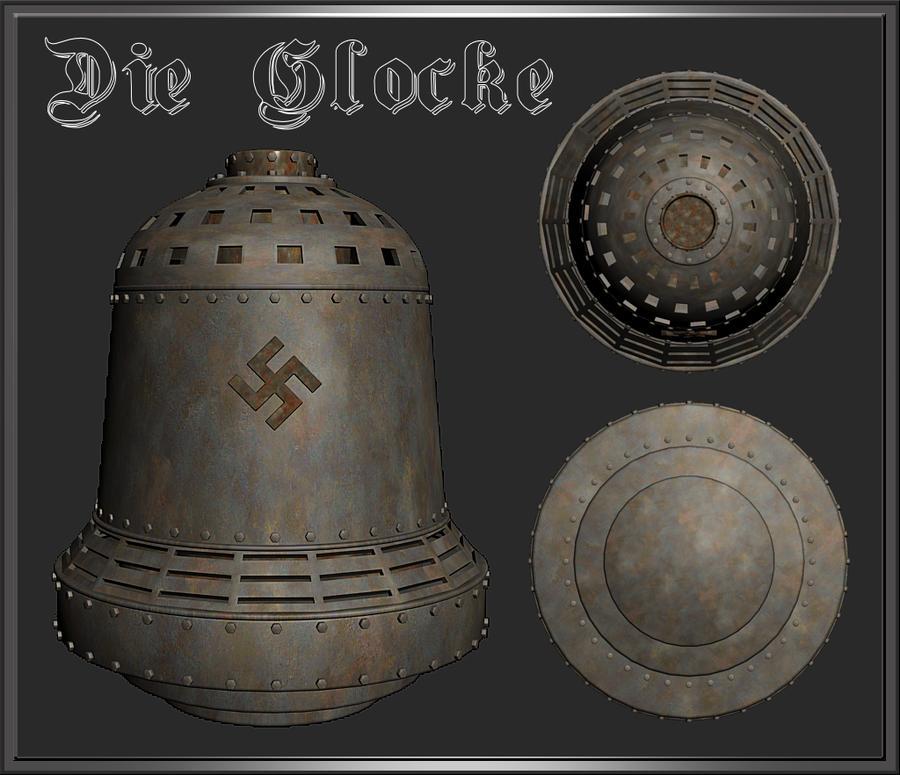 This image may not be used without permission. The model is available for sale at TurboSquid [link]

The device is described as metallic, approximately 9 feet wide and 12 to 15 feet high with a shape similar to a bell. It contained two counter-rotating cylinders filled with a substance similar to Mercury that glowed violet when activated, known only as Xerum 525 it has been speculated to be Red Mercury.When active, The Bell would emit strong radiation, which led to the death of several scientists and various plant and animal test subjects.

The Bell was considered so important to the Nazis that they killed 60 scientists that worked on the project and buried them in a mass grave and the only reason we know about the Bell is that the SS General that was tasked with the murders, Jakob Sporrenberg, was tried after the war by a Polish War Crimes court for murdering his own people on what subsequently became Polish soil. 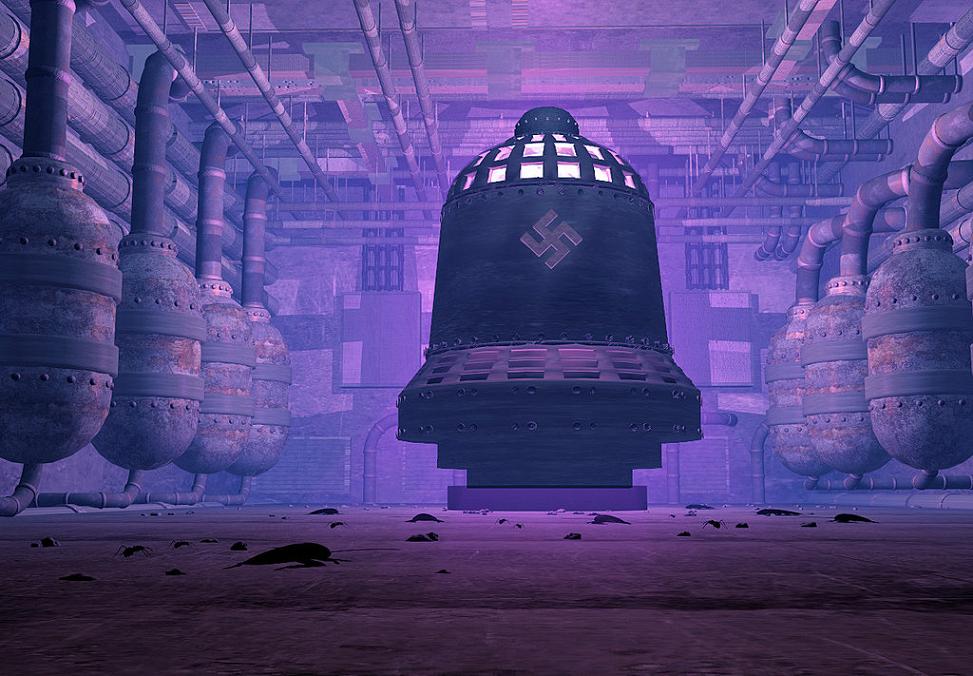 The 3D Models used in this picture are available for purchase at TurboSquid: